Year 10 were finally able to complete their Assessed Bronze Expedition over the weekend of the 2nd, 3rd and 4th July.  For students who wish to progress to the next level, this counted towards their Silver Award.

There was a great deal of preparation involved beforehand: students had to create their route cards, collect, divide and pack kit, design a meal plan to suit their team and revise their map reading and navigational skills before their arrival. 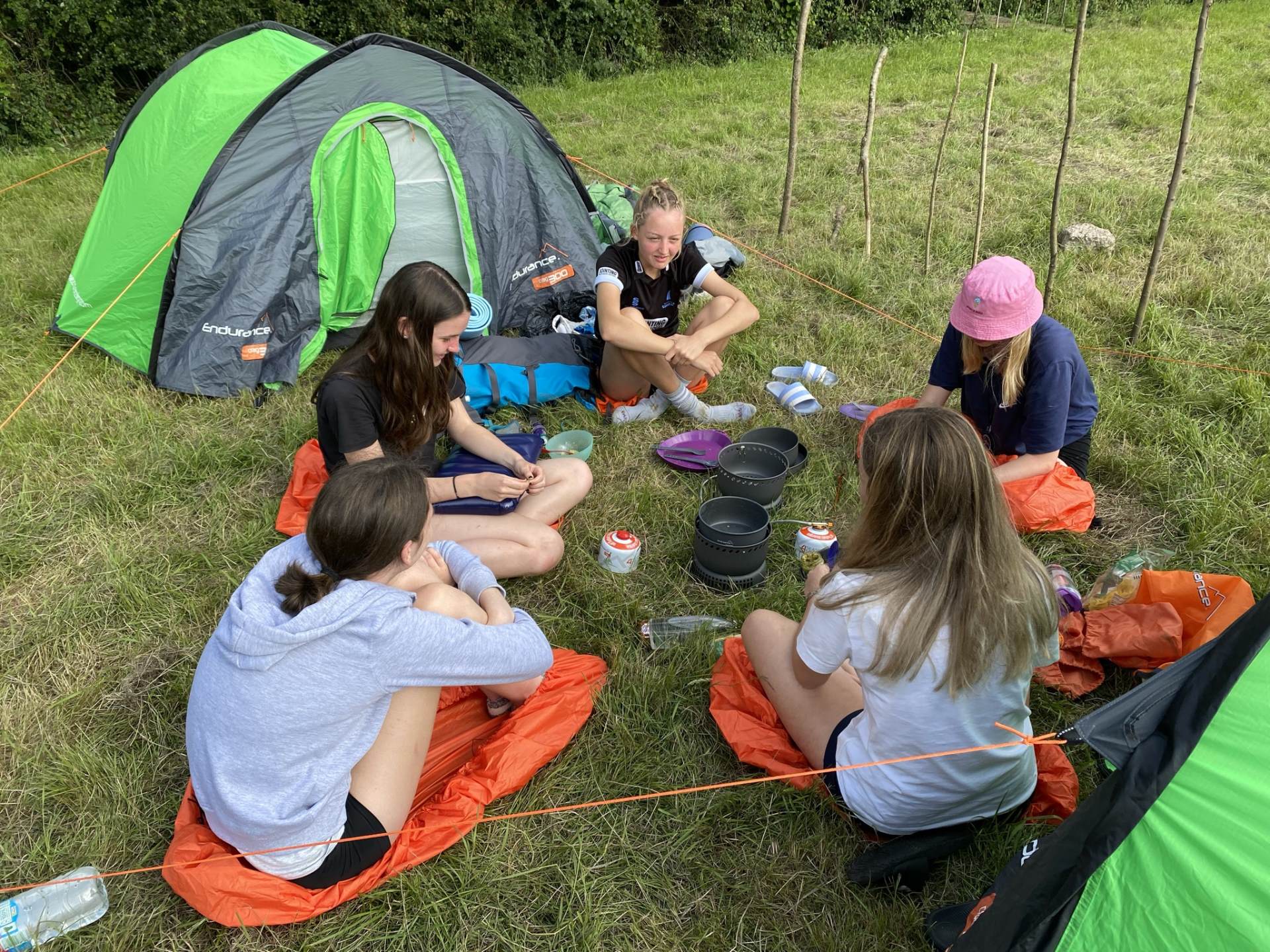 Many students arrived on Friday evening, and, after putting up their tents, entertained themselves in camp. With no mobile phones permitted, they quickly devised games of catch, played baseball with a football and a stick, and settled down to games of Uno.

With a dry Saturday dawning, each team had their kits checked and re-checked, and were sent off in a circular loop over the South Downs, carrying everything they would need over the weekend, including tents, cookers, sleeping bags, food etc. Staff were positioned to keep a remote eye on teams as they trekked the 14.5km.  Despite a few navigational mishaps along the route, all teams made it to all checkpoints and eventually back to camp, where a substantial meal was cooked over a gas stove and they settled in for another evening of outdoor fun.  Many took the chance to watch the football on a hastily erected projector screen, while others played games or enjoyed story time with Ms. Wilson’s daughter!

Despite rising to a wet Sunday, the teams were determined to get to the end. Navigation was more successful on Day 2, and all teams made good time once they were on the right path. Teams ended the weekend with a debrief and reflected on the successes and 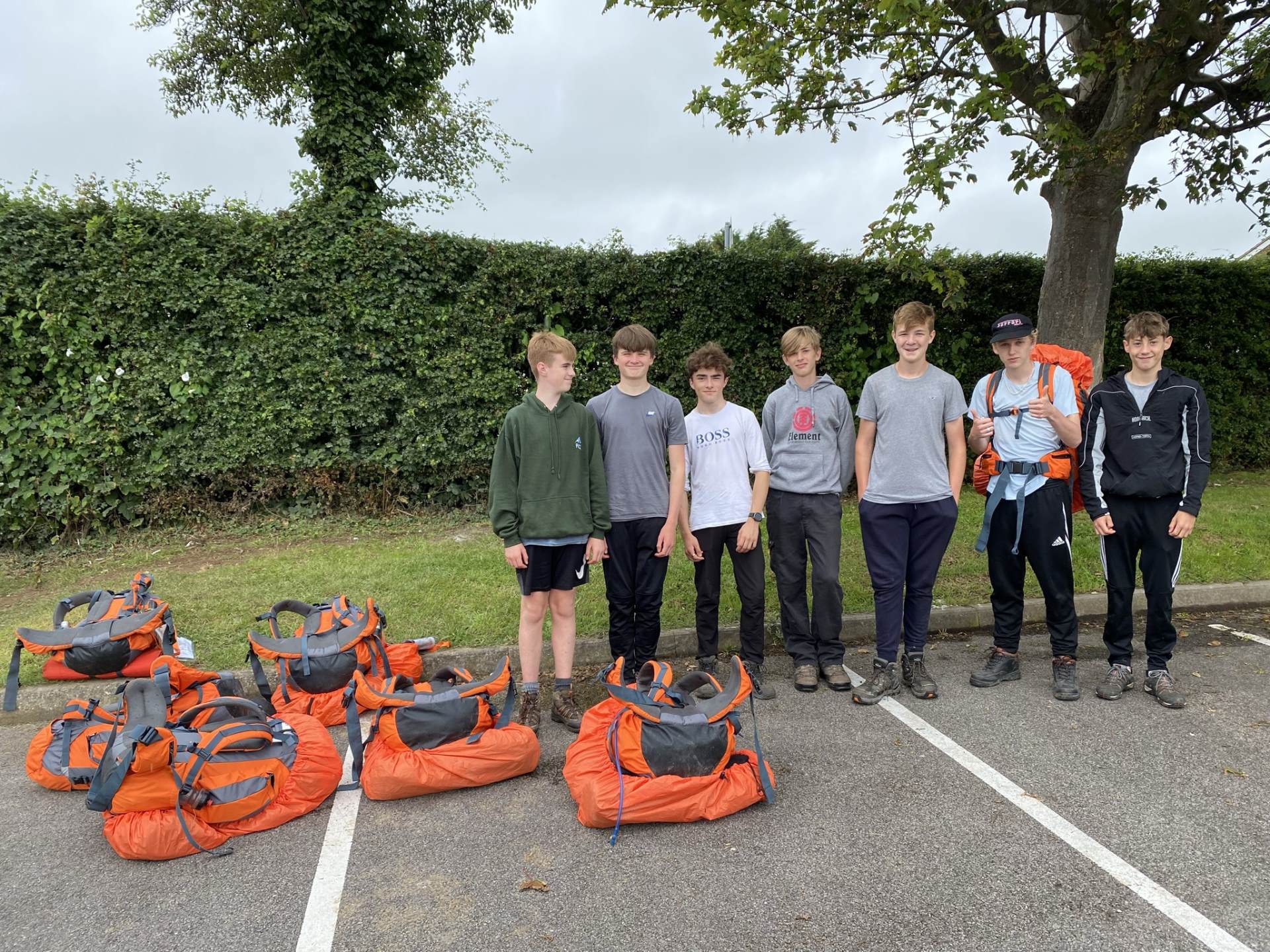 challenges they had faced. When asked how they felt now it was over, “Tired!” was the most common answer, but it was followed closely by “Accomplished, proud, amazed I could walk so far!”.  Some students said they felt like they were “floating” once they were able to remove their rucksacks!

In all, 41 students completed the expedition, and all teams passed. The teamwork, determination and resilience on display were amazing to see, and we are very proud of each of them. 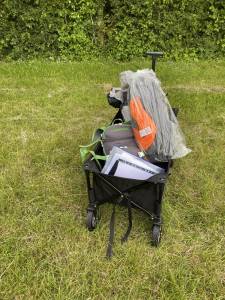 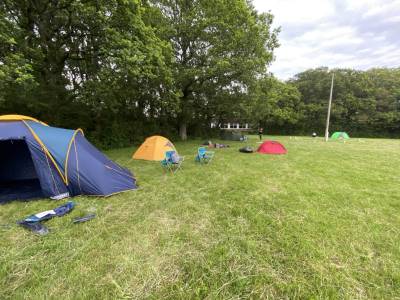 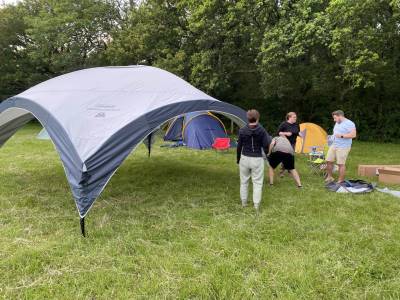 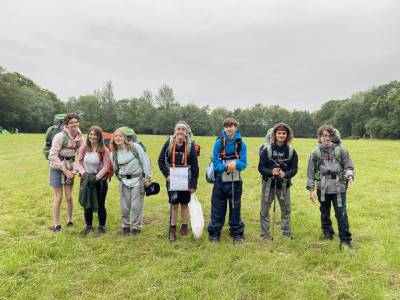 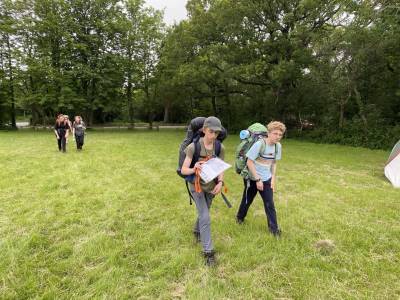 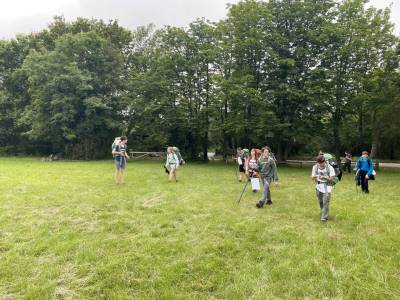 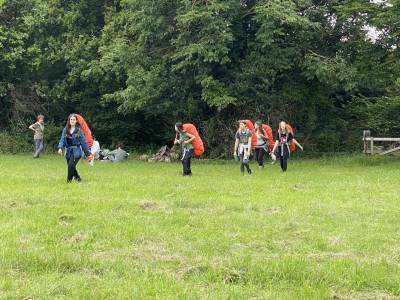 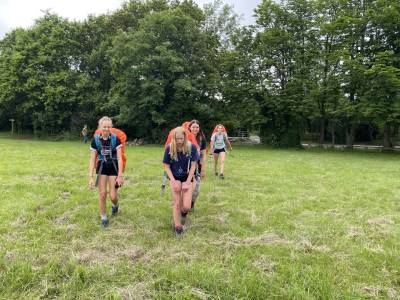 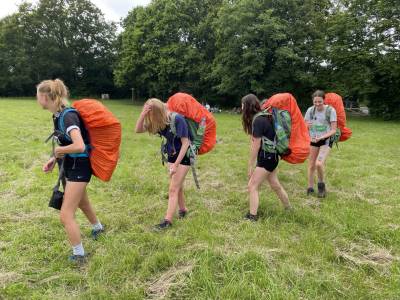 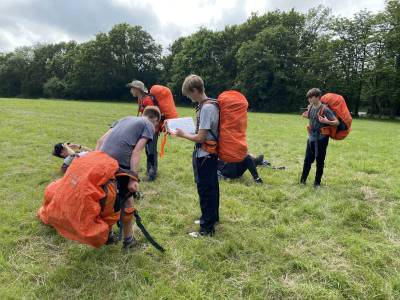 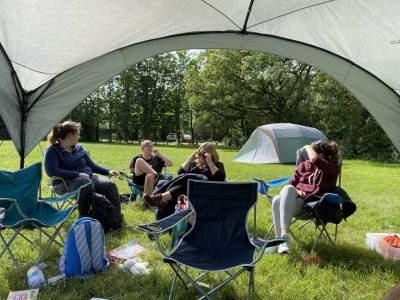 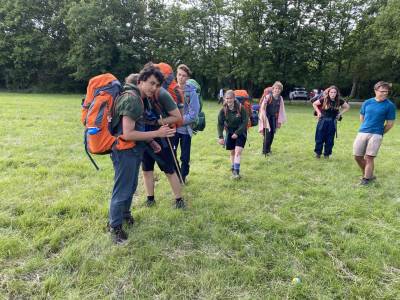 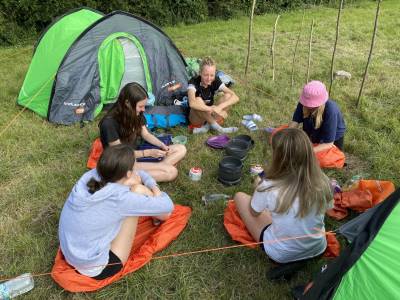 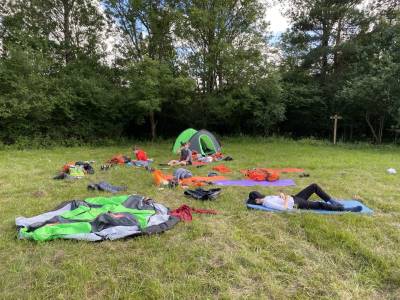 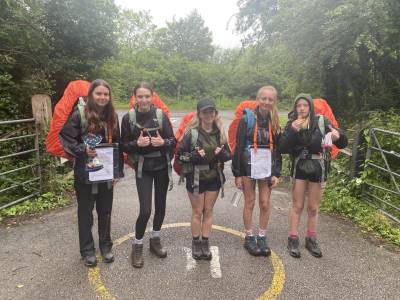 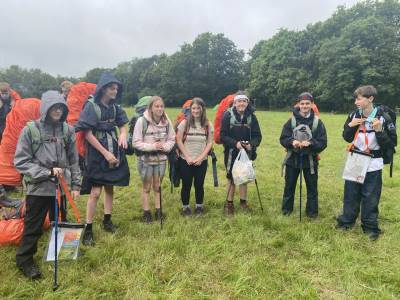 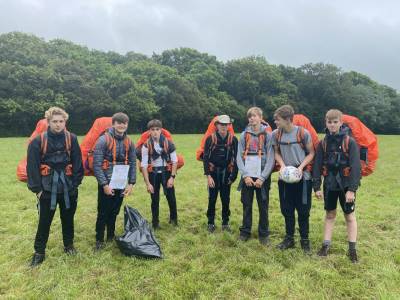 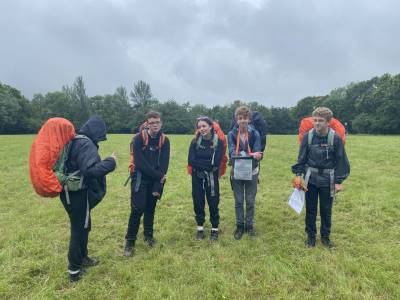 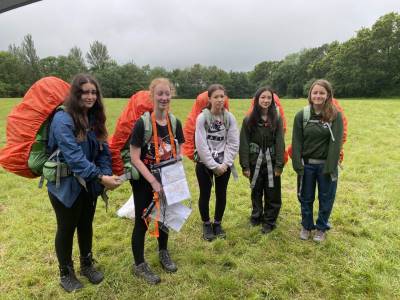 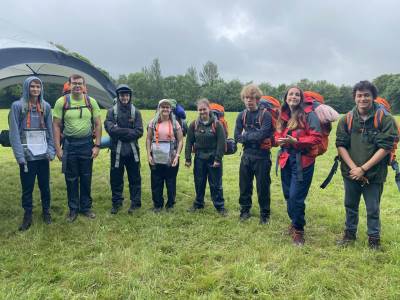 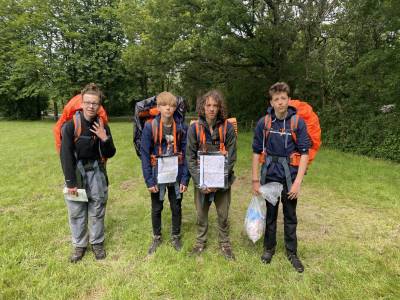 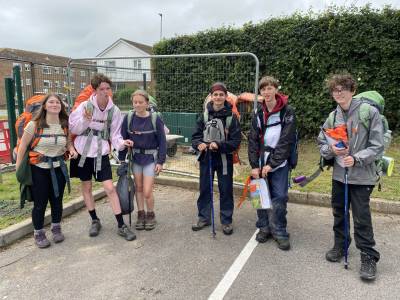 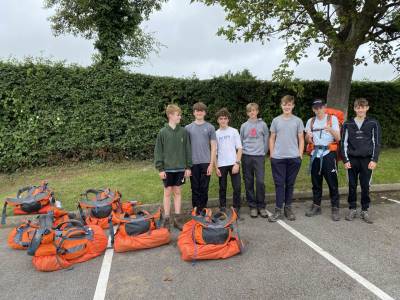 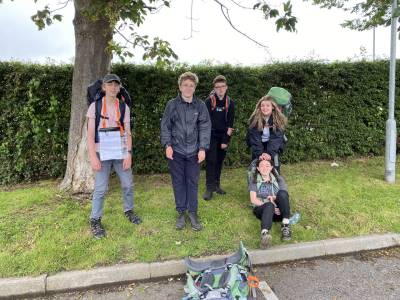 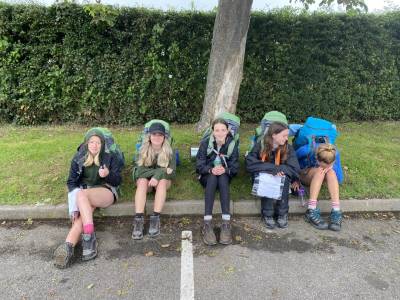 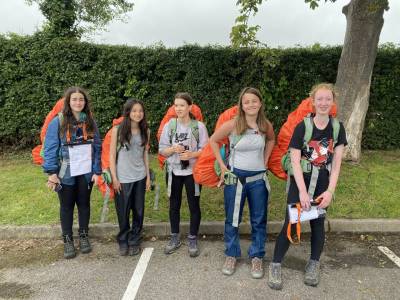 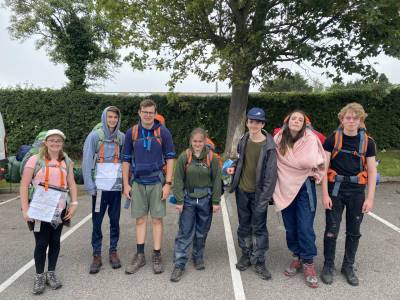